This is the happiest I’ve ever been with our sound.
Folks, please check this out. Share with your friends.
I’m so immensely proud to play this music with this band. 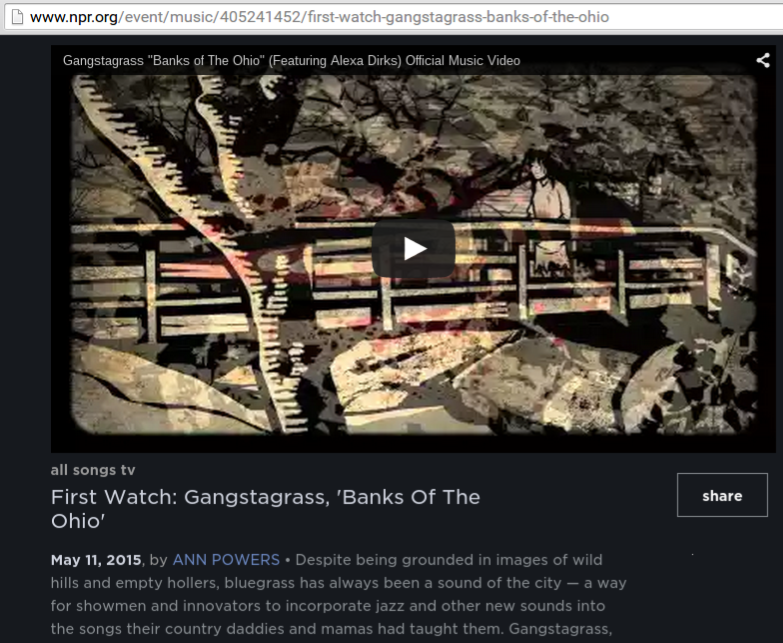 Check out this great write-up from NPR’s Ann Powers and, while you’re there, watch the debut of our newest video.

This “Banks of the Ohio” is sung in a soulful guest turn by Alexa Dirks of the Canadian band Chic Gamine. With a woman as its murderous protagonist, “Banks of the Ohio” feels personal again — not just another incident of victimizing misogyny, but a desperate account of possessive desire. 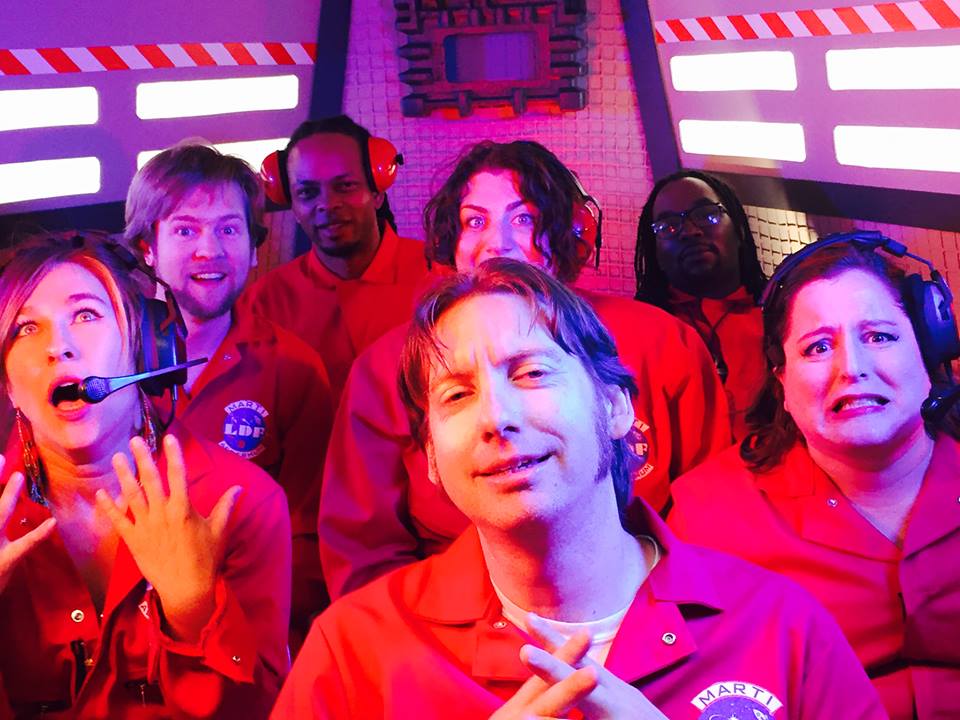 And it’s Prime-friendly! Have it by Tuesday if you want.

Once you have your album, write your review! Looking for inspiration? Check out the excerpt from a fan review below!

… A personal favorite of mine is this fresh take on “John Henry.” The song begins with a powerful, mechanical drum beat evocative of the tireless steam drill. In contrast, the lively banjo and other bluegrass instruments enter soon after, introducing the urgency of this traditional machine vs. man challenge. Soul Khan humanizes and contextualizes this larger-than-life folk hero with his quick, witty rap. Meanwhile, Dan Whitener brings his powerful, resonant voice to the traditional side of this tune….

ESPN wants you to “Speak a Little Louder” this month:

I would suggest that you read Ria Greiff’s recent review for Now It’s Dark mag even if it wasn’t about Gangstagrass: It’s that well written. One part that I particularly loved was her description of the opening mini-set where the bluegrass musicians of Gangstagrass (myself included) perform some more traditional tunes:

One-half of the gang appeared on the stage — the grass section, performing a soulful tune, evocative of the Appalachian hardships many endured. Indeed, this genre was born out of traditional songs conjured by individuals and their struggles — their blues. Like so many other disenfranchised populations, music carried them into the future, inspiring them toward positive and forward thinking. 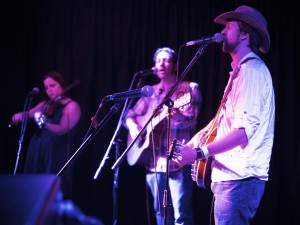 That partially has to do with the way that hip-hop works–you can hear a hip-hop track incorporating any and every genre of music. You hear MCs rapping over classical tracks, you hear DJs sampling pop, rock & roll, world music (which is, of course, a really strong influence), so to expect hip-hop artists to reject bluegrass is more than a little disingenuous. More often, we have to contend with fans who feel like we got rap in their bluegrass. So part of starting off a show with some more traditional bluegrass/country western/honky-tonk songs is because we love the music and it’s good music. Part is because it’s one of our strong influences. But another great thing about starting a show that way (which we don’t always do) is that, for some people, it can lead you into Gangstagrass by way of more traditional bluegrass.

Rench is a big fan of classic country musicians like Hank Williams and George Jones, and he also writes some of his own original music (outside of Gangstagrass) in the styles of those performers. So we might start with something like “Tonight the Bottle Let Me Down,” or “You Win Again.” He and I also found that we share a love for some of the brother duet songs from artists like the Louvin Brothers, so sometimes we’ll do “When I Stop Dreaming” or “Satan’s Jeweled Crown” and our new fiddler Melody Allegra Berger also knows a bunch of these songs and she might lead us with a fiddle tune or two at the beginning of a set.

But that’s not to say that we don’t also incorporate these songs into our regular Gangstagrass set list. Our dobro player Landry McMeans sings a great version of “Will the Circle Be Unbroken.” It’s always such a hit at shows and we enjoy playing it so much that we ended up including it as a secret bonus track on our 2014 album, Broken Hearts and Stolen Money. We really enjoy combining bluegrass and hip-hop, and we hope it is clear that we combine bluegrass and hip-hop because we truly love both styles of music.

Guys, it’s so validating. Thanks to all our fans.